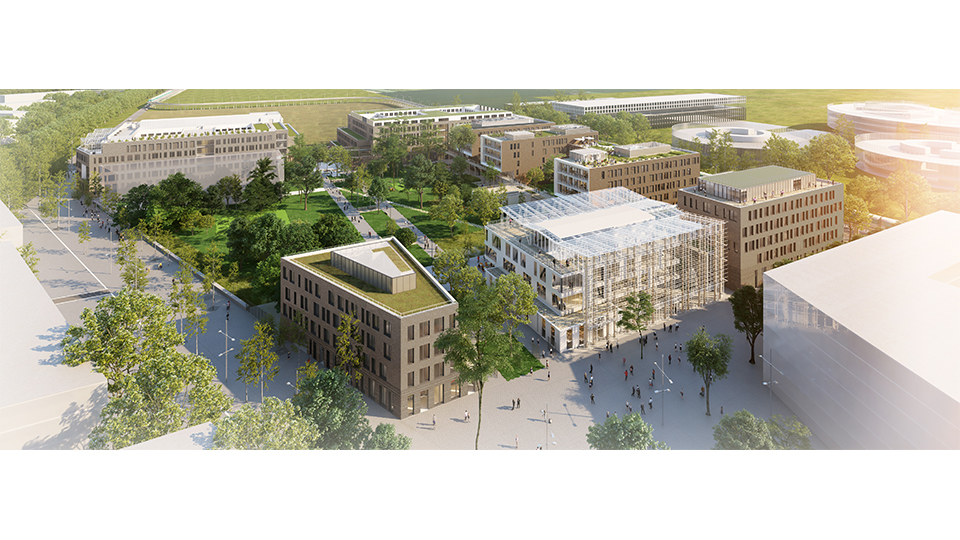 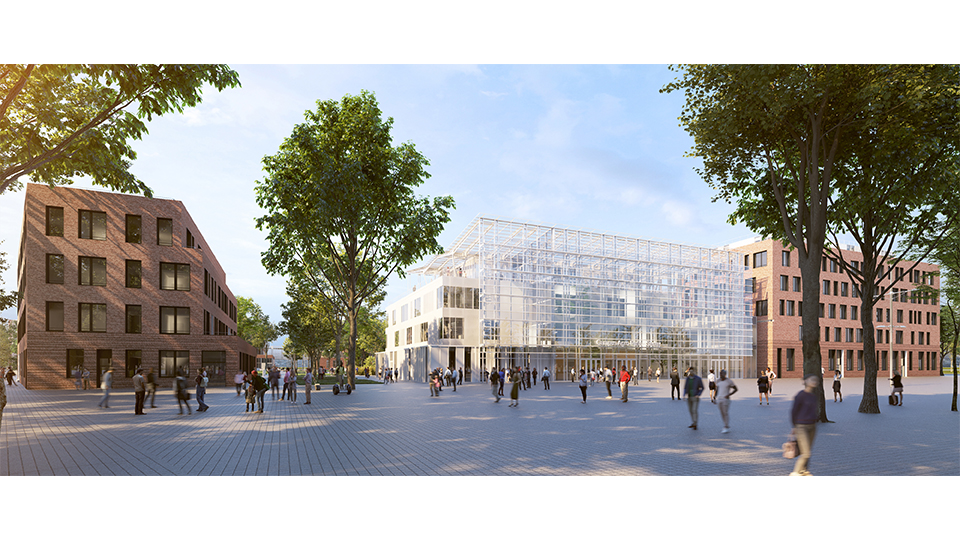 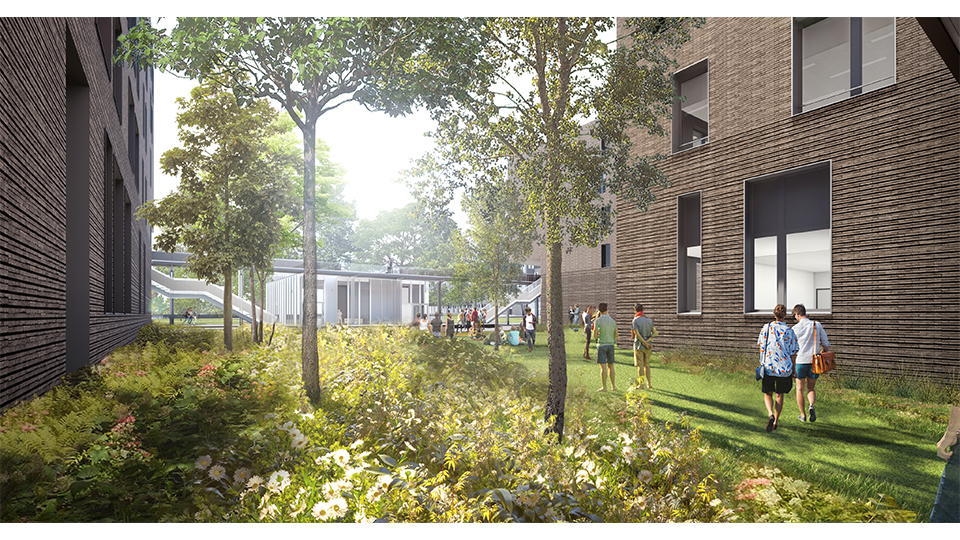 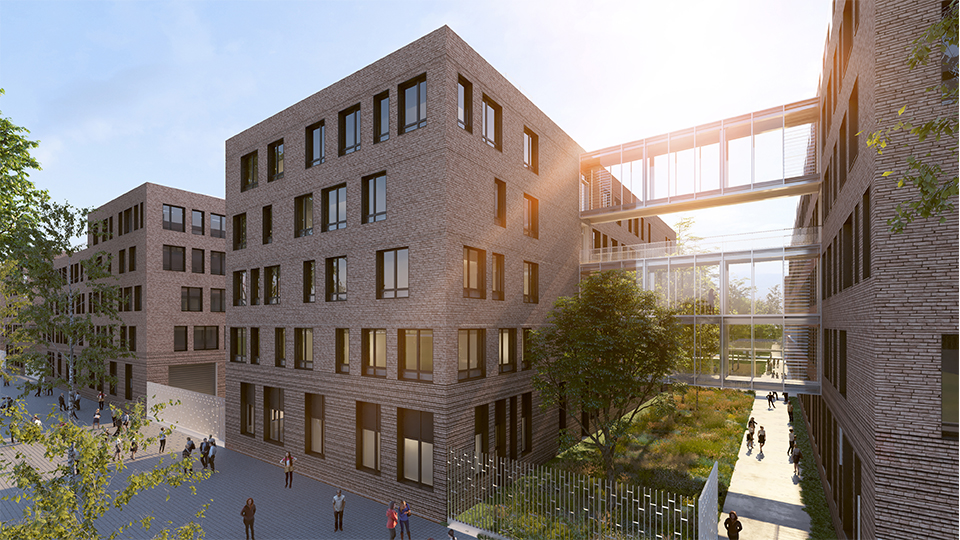 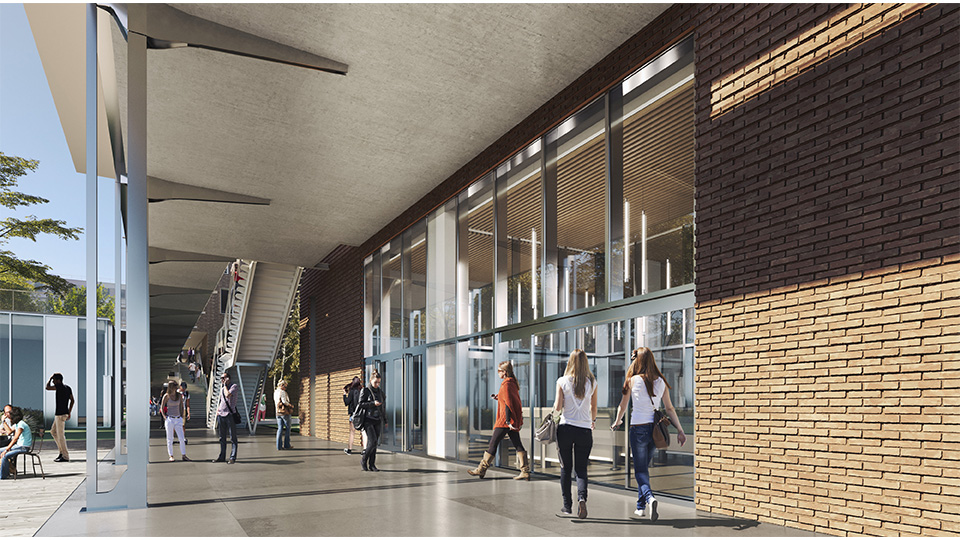 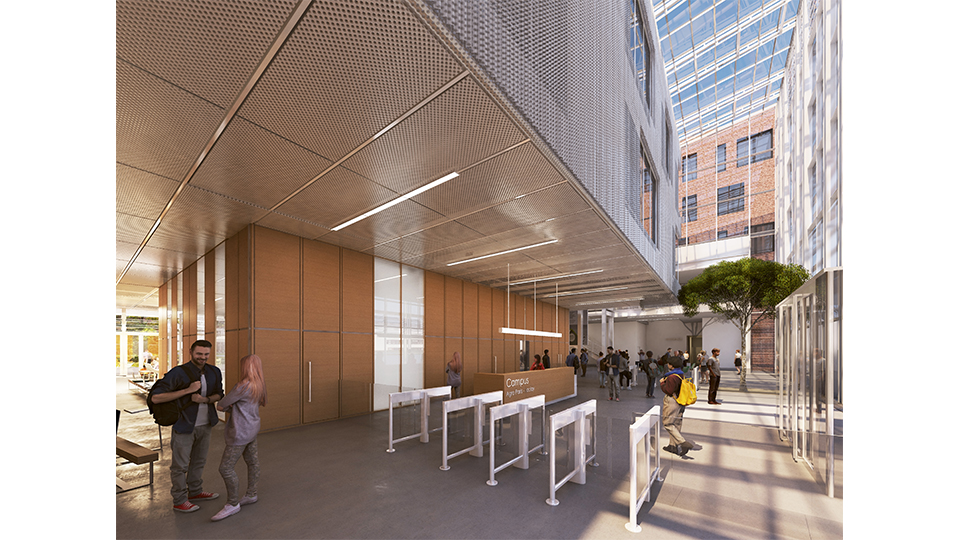 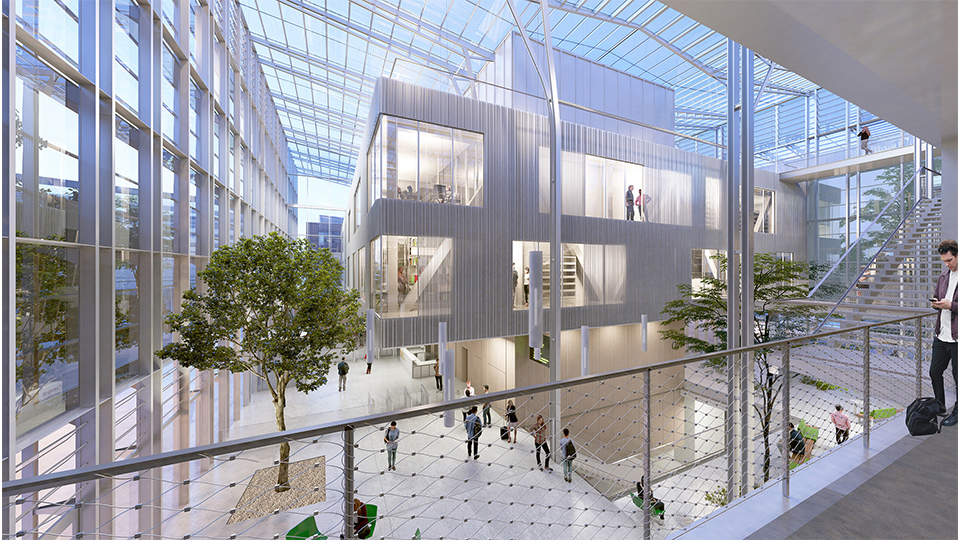 The AgroParisTech – INRA schools regrouping project on the Saclay plateau provides an opportunity to rethink the place of these trades in their relationship to the transformation of the world, both from an educational point of view and from the societal and scientific engagement they represent.

The position of the buildings in the new Saclay campus is not neutral from this point of view since it sets up the institution between urbanity and rurality.

The new AgroParisTech entity, which plays a leading role on the international scene, will allow the development of a world-renowned scientific, research, teaching and technology exchange center.

The layout of the school, the relationship between research and teaching but also its representation on the campus must give an image of excellence but also that of the attention payed by the school to the renewal of its pedagogy, the dialogue it establishes with the schools regrouped on the Saclay plateau.

The project is shaped around the park, in a U-shaped figure facing South.