Extension of the tramway network in Nice 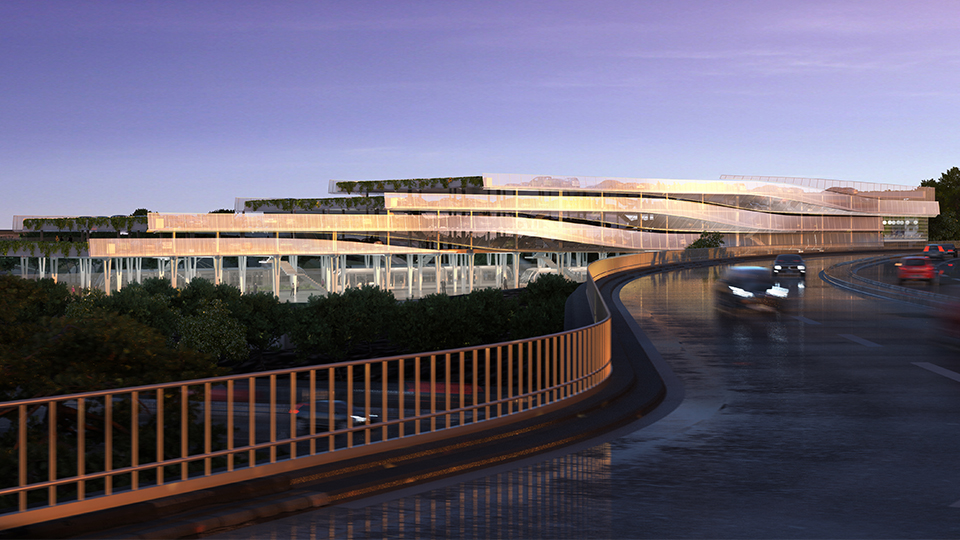 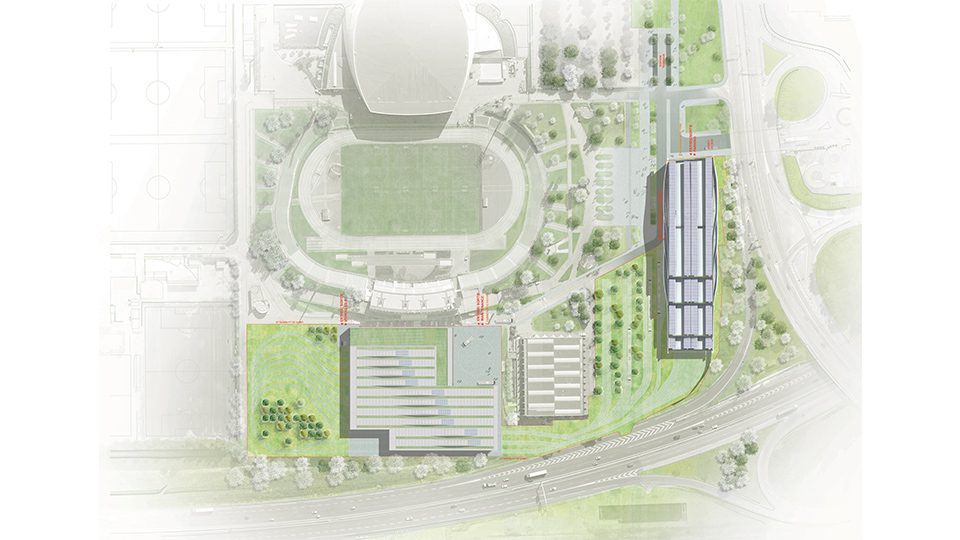 The project for the new Nikaïa maintenance center and the relay car park for the tram terminus must be part of two urban scales, that of the Charles Ehrmann athletics center but also that of the “Sports Plain” which is part of the development of the Var valley, to the North of the site, towards the new Nice city large stadium, and the great potential for urbanization to the East of the A8 motorway.

The conditions of the site allowed us to "prepare the ground" and to distinguish the private and protected part of the tramway, maintenance buildings, from the public part of the relay car park. The parking lot for staff vehicles is part of the project as close as possible to the tram storage building.

Thus, the structure of the buildings' envelope and the design of their facades go beyond constructive reasoning, to become a condition of integration into the site.

The roofing of the workshops offers the curve of its light sensors and its green roof to view from the stadium's grandstand. It is in this sense that the project is attentive to its environment and to sustainable development. Water, light, landscape, as well as economic attention to energy production by the implementation of a roof made of photovoltaic cells, put the environmental issue at the heart of the development of this project.