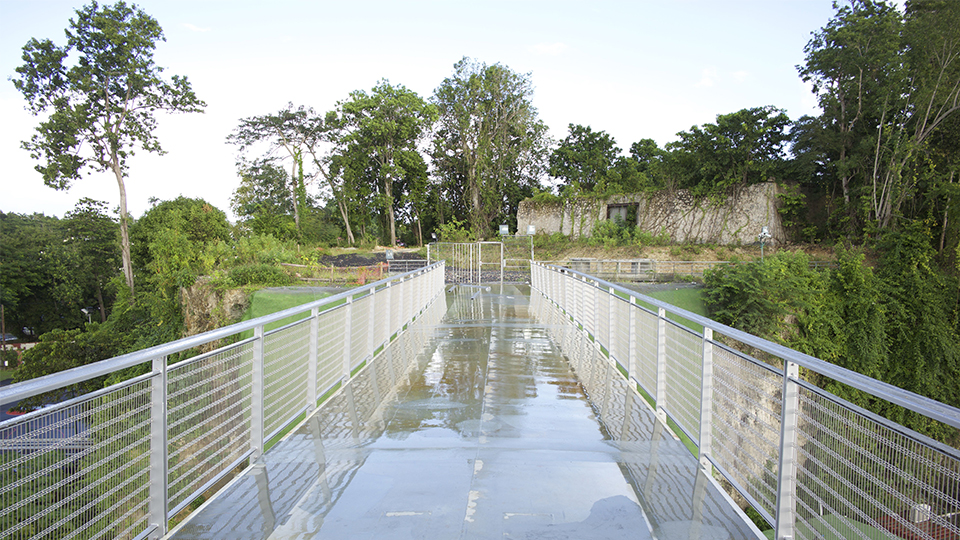 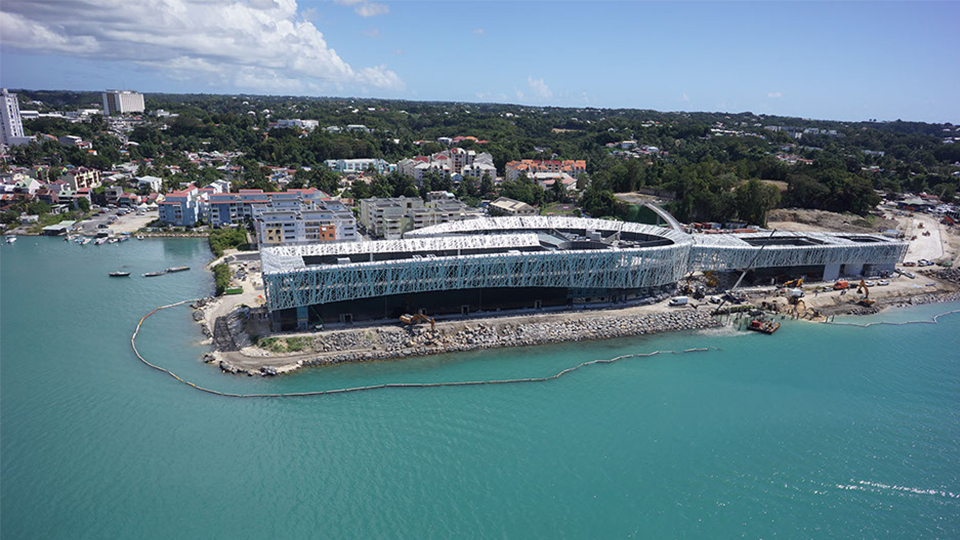 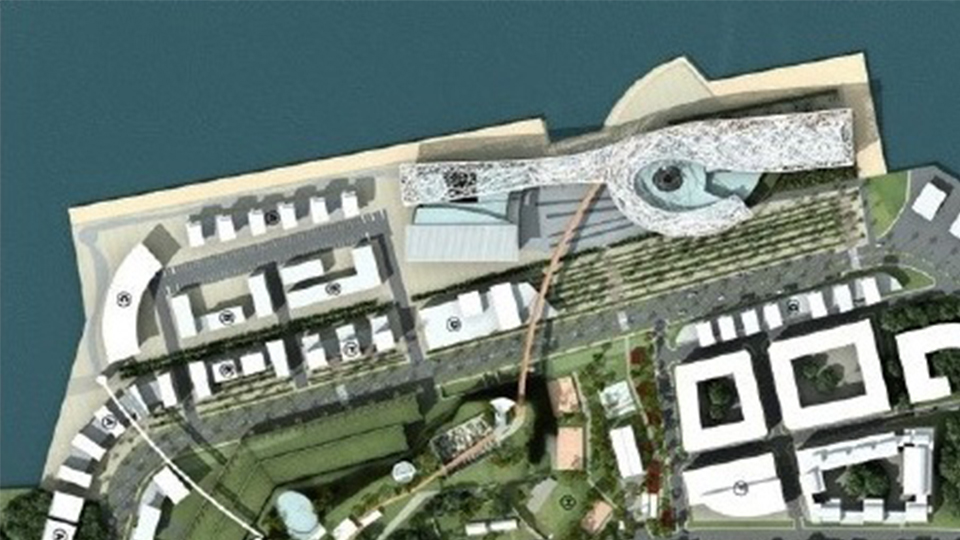 The architectural scope of the MACTe building could be summed up as follows: silver roots on a black box.

The black box housing the permanent exhibition represents the base, containing the treasure that is the knowledge of the past and on which the collective memory is built. This box is therefore treated as a jewel, protected and enhanced. The quartz sparkles of the facade symbolize the millions of souls victims of trafficking and slavery. This box also constitutes the physical base of a root like development materialized by a silver net with daring forms.

These roots also mirror the overall goal of the foundation, suggesting growth, momentum, movement: like the cursed fig tree, capable of launching conquering roots over impressive distances, the Guadeloupe community is today, empowered by the knowledge and the sharing of this founding past, able to shine on the world.

This organic design thus gives a purified, dynamic and resolutely modern form to the building, signifying that the past makes it possible to better understand the present and to look toward the future.