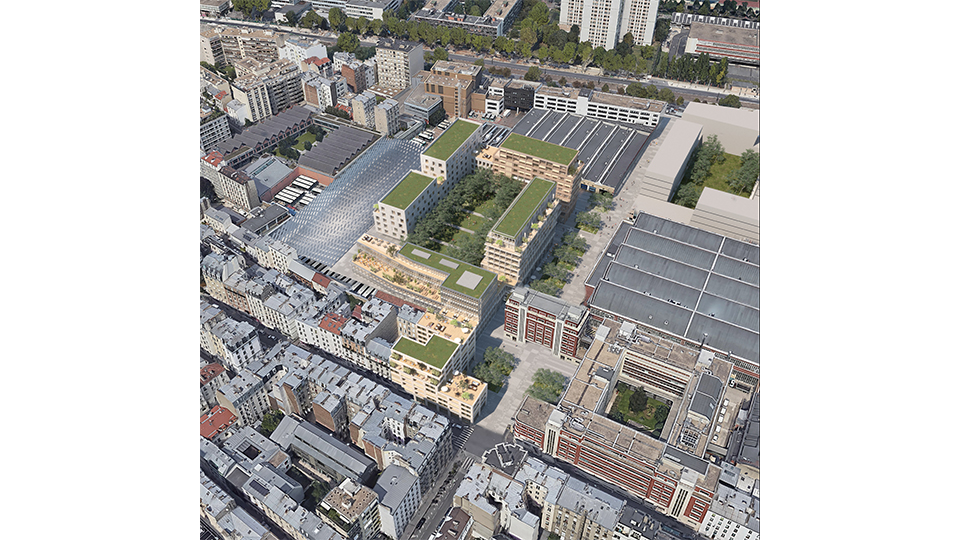 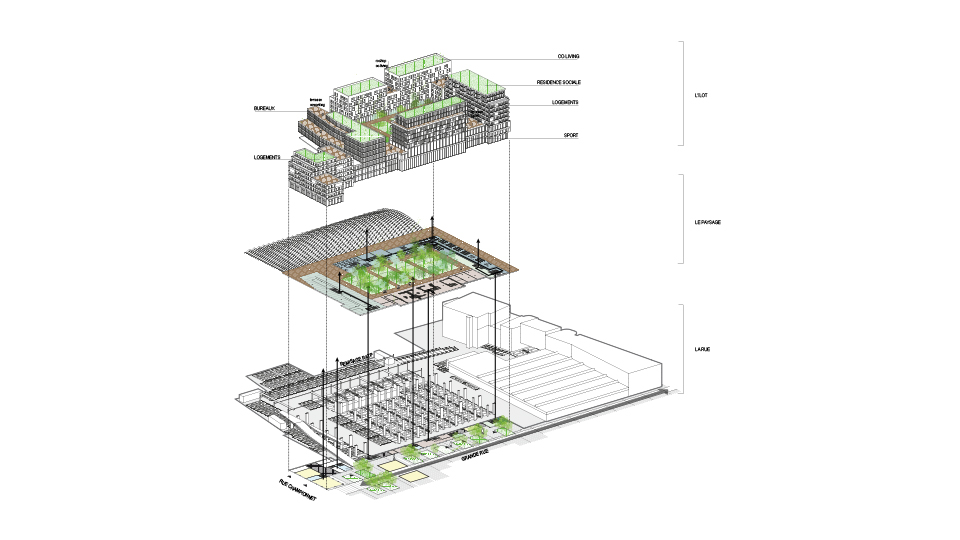 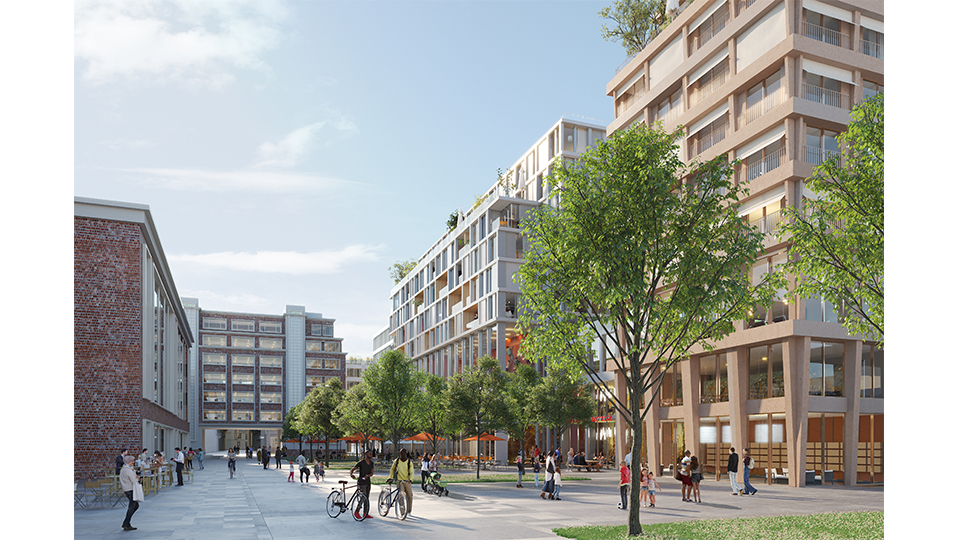 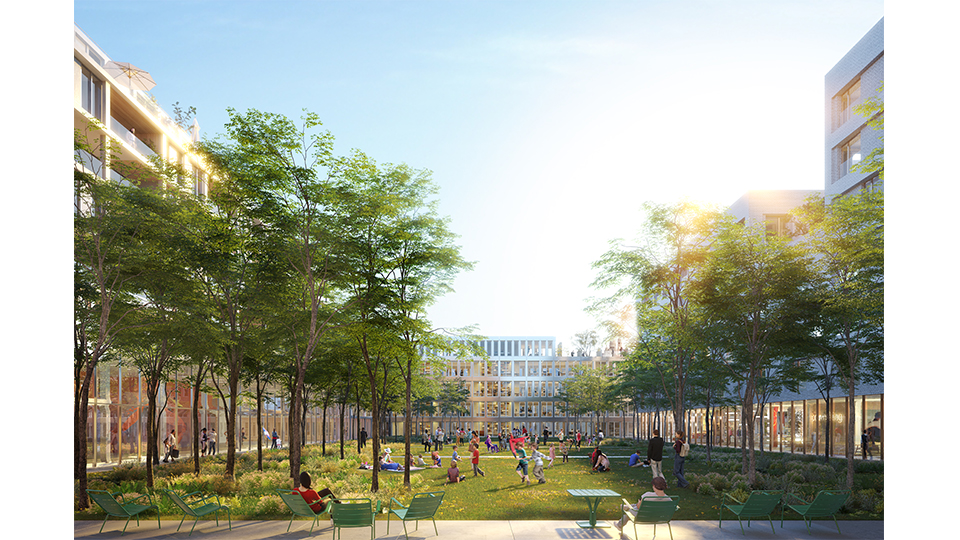 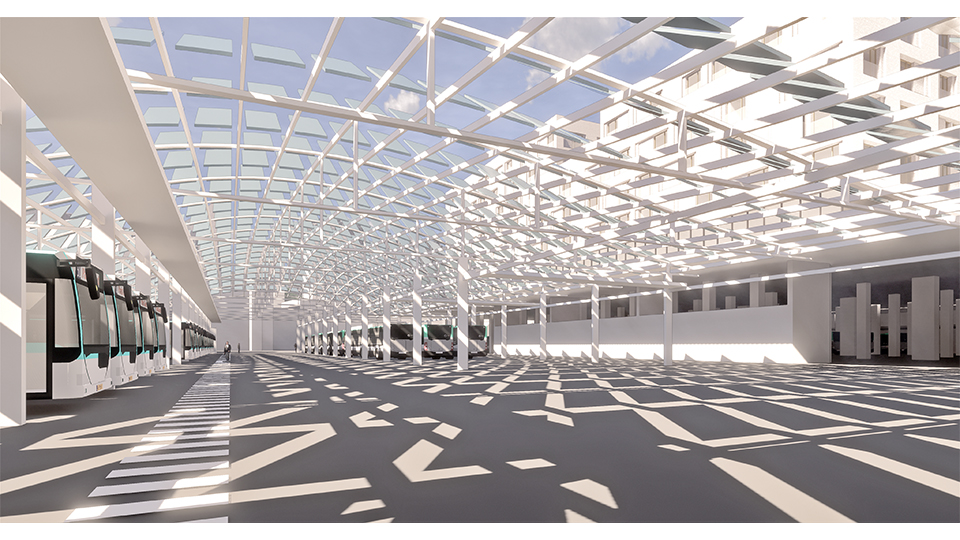 The architectural treatment of the urban complex proposed here is intended to be calm and attentive. Calm by the rationality of constructive choices, by the development of an orderly structure.

But this treatment of the texture and the nature of these facades is twice attentive: Attentive to the use of the office space in relation to the orientations and thicknesses of the buildings, attentive to the city in the dialogue it offers with its built environment.

The variety of heights, sizes and densities allow a more open urbanization, which we intend to be more attentive, more generous.

By opening the project on a vegetable and shared core, by inscribing the industrial infrastructure into the city despite its large dimension, by revealing it rather than obscuring it, we give to read the city in the complexity of its layers, of its actors.